The end of summer came a little earlier this year at Las Brisas Restaurant in Laguna Beach - the host venue for our ASCE OC “End of Summer” Social Mixer on September 17th. The intent of the event was three-fold:

With these goals in mind, the Social Committee brainstormed ideas for a more casual and more festive event that could appeal to more of our members. The fundraising effort came in the form of live and silent auctions. The live auction included the opportunity to spend 60 minutes with an executive from various public/private organizations that work closely with the civil engineering community in OC. The following individuals were our invited VIPs:

The afternoon kicked off with an ice-breaker that included two large beach balls. After Gary Gilbert’s welcome speech, Josue Vaglienty introduced the ice breaker and threw the two beach balls into the crowd. Those who caught a ball were asked to answer one of the questions written on it and to throw it to someone else in the crowd afterwards. These pre-selected questions encouraged networking in a much more casual setting, one of the main objectives that night. Throughout the event, attendees had access to an open bar, appetizers, and a silent auction that included a wide variety of different sports memorabilia. In preparation for the live auction, attendees were also encouraged to view boards that had been printed with each VIP’s photo and short bio. The live auction, which took place later that night, was moderated by Gidti Ludesirishoti and Elizabeth Ruedas. The VIP participants were called up onto the stage in alphabetical order by last name. After highlighted some on their answers to pre-selected questions and asking them an additional surprise question, the bidding process for each VIP began. Most of the VIPs threw in additional items to encourage more bidding. Some of the lucky winners won the opportunity to play golf with their VIP, while others ended up with a trip to Disneyland or the ability to join the VIP on a float in an upcoming parade. The event generated a great deal of “buzz” and enthusiasm for ASCE OC as exemplified by the following comments from attendees:

”I thought everyone involved in organizing the event did a great job. The location at the beach was perfect…The auction worked very well and is always a popular and successful fundraiser.... It was a great atmosphere and a fun time!” - Steve Huff, Senior Vice President (Michael Baker International)

”The Summer Social Mixer was a blast! Thank you ASCE for putting together the most fun event of the year, and what a golden opportunity to network with our industry leaders. It was definitely the highlight of the summer!” - Joe El Harake, Vice President - Road & Hwy Division (Parsons)

”I really enjoyed the Summer Social Mixer and it was at a great location. The bid auction time with special guests was a lot of fun. The fun we had out bidding each other and all the combined bids is a good way to raise money for ASCE. Next time committee might want to consider a bigger location since the turnout for the event was exceptional.” - Kumari Bharil (PQM) 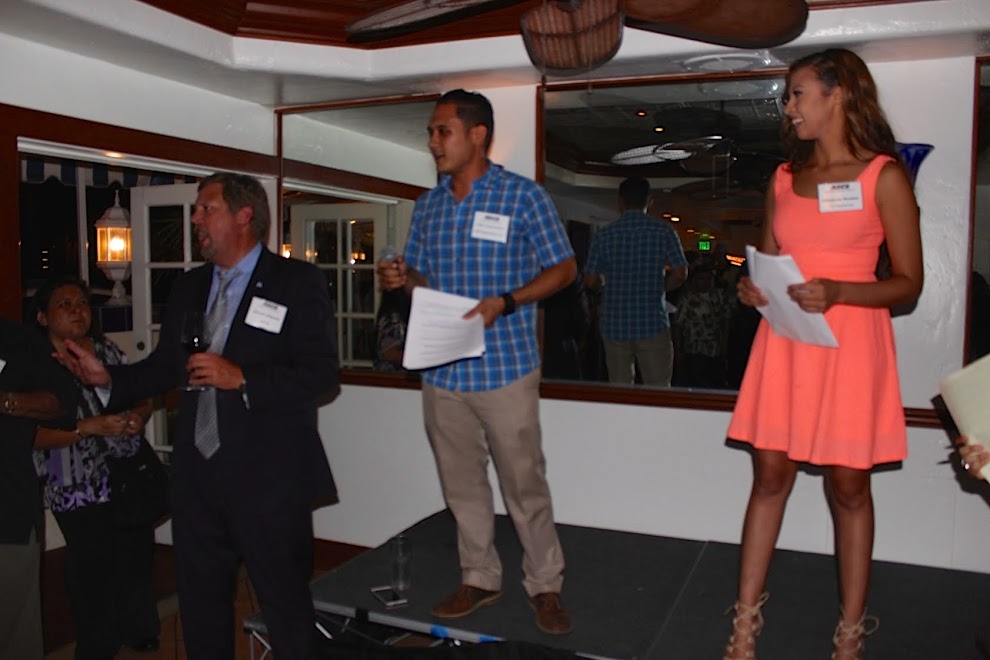